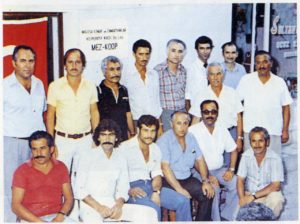 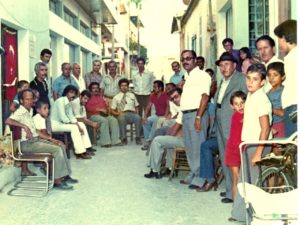 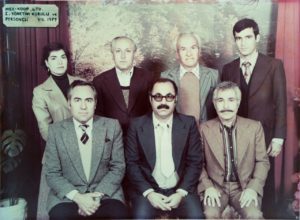 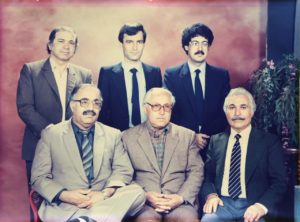 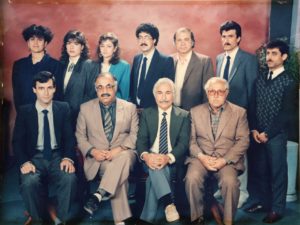 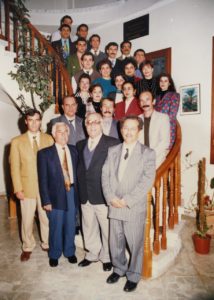 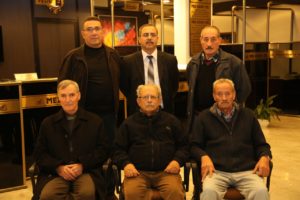 The cooperative system in human history emerged as the first socio-economic structure in early communal societies where individual efforts were not adequate to overcome the needs of human being and therefore the power of coooperation and solidarity would enable people to  live comfortably.

Official Cooperative movements in Cyprus have started to be seen since the early 1900s in accordance with the developments in the needs of our country and the world. Before 1974, the Turkish Cypriot economy was mainly based on agriculture and livestock.

Small industry, handicraft and service sector started to form and develop after 1974. The existing bank had a couple of customers in 1978 who were generally merchants and of medium and large scale businesses. Since the loan and deposit rates were determined by the Central Bank, a free competition system in the banking field was not developed. Existing banks did not give much credit to low-income workers, civil servants, tradesmen and craftsmen, and even if they offered small tradesmen and craftsmen some opportunities, they left them under the heavy exploitation of monopolistic commercial banking perspective. The tradesman and craftsman had to posses their own financial institution, which provided loans and other economic opportunities at more reasonable terms. Thus, the tradesmen and craftsmen who started their business life and wanted to produce and earn money were looking for a financial institution that would appeal to them. The cooperative system had such successful examples from the past especially in agricultural sector so, this new path was worth a try.

Ramiz Gökçe, Ali Vefa Özgerek, Turgut Tahtacı, Mehmet Sakaryalı and Mustafa Dağlı took part in the first Board of Directors and Aydın Aydınlık was appointed as the first secretary. The cooperative system was the most democratic and fair economic activity system. The  tradesmen and craftsmen named the foundation as Famagusta Tradesmen and Craftsmen Cooperative Ltd., with the aim of filling a void and realizing a necessity in this way. (Mez-Koop.Ltd.)

With a small capital and small savings, a loan was tried to be provided even if the customer bought a hammer and a saw. As the small businesses grew, the business volume started to increase with the number of members of the Cooperative in the course of time. Since Mez-Koop.Ltd has followed strategies aimed at providing services rather than distributing profits to its members, it has developed continuously and rapidly with the emergence of free market conditions since its establishment, and has proven the theoretical accuracy of this requirement in practice.

Although the devaluation of the Turkish Lira in 1994 caused a real decrease in the equity of our Cooperative and some of our members had difficulties in paying their foreign currency debt, the development continued in a more cautious manner. Our cooperative has opened branches in Geçitkale, Akdoğan and Nicosia following this process. The number of personnel in the organization has exceeded thirty over time.

The activities of our cooperative showed a balanced development until a new economic crisis started at the end of 1999. There has been a great decrease in deposits since the beginning of 2000, a second major devaluation and economic recession in 2001 started a rapid shrinkage process in the country, and the equity of the cooperative shrank once again in real terms. Credit demands decreased and resources became unavailable as before. The working principles were reconstructed in the new economic conditions according to supply and demand balances inevitably. In this way ‘new balances’ have been built by the strategies and austerity measures implemented by those who manage the cooperative with strong predictions. Today, we feel right proud of the service given by more than thirty personnel in five branches to thousands of customers in North Cyprus.

Based on the basic principles of cooperatives, Mez-Koop.Ltd. is

Our self-organization struggling with the principles of real cooperatives and